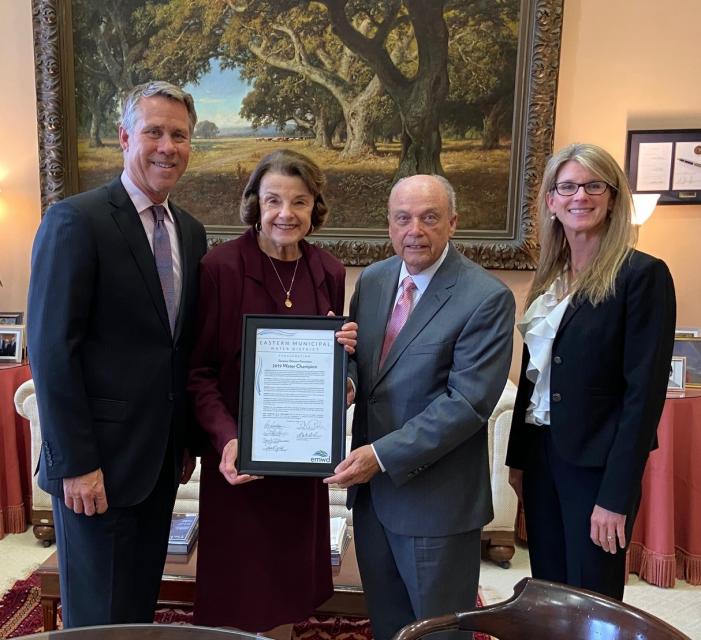 “Senator Feinstein has been a valuable and trusted champion for California water issues throughout her career in Washington,” EMWD President Ron Sullivan said. “Her trusted voice has helped advance significant water infrastructure investments and resulted in a more sustainable water supply future for all Californians.

“EMWD is incredibly appreciative of its partnership with Senator Feinstein and her advocacy work has helped advance a variety of programs and projects in EMWD’s service area to the benefit of our ratepayers and our water supplies.”

Feinstein has long served as a champion for EMWD and California water issues in Washington, D.C., and has worked to advocate for increased funding for the United States Army Corps of Engineers Environmental Infrastructure projects, including EMWD’s South Perris Desalination program. Feinstein has voiced her support to double the original authorization for EMWD to $50 million.

EMWD also recognized longtime Feinstein staff member John Watts for the role he has played in serving as an advocate for state and federal water issues to improve water supply resiliency in California.

Feinstein has also worked to support the United States Bureau of Reclamation’s Title XVI program that helps support recycled water programs through the Water Infrastructure Investments for the Nation Act in 2016.