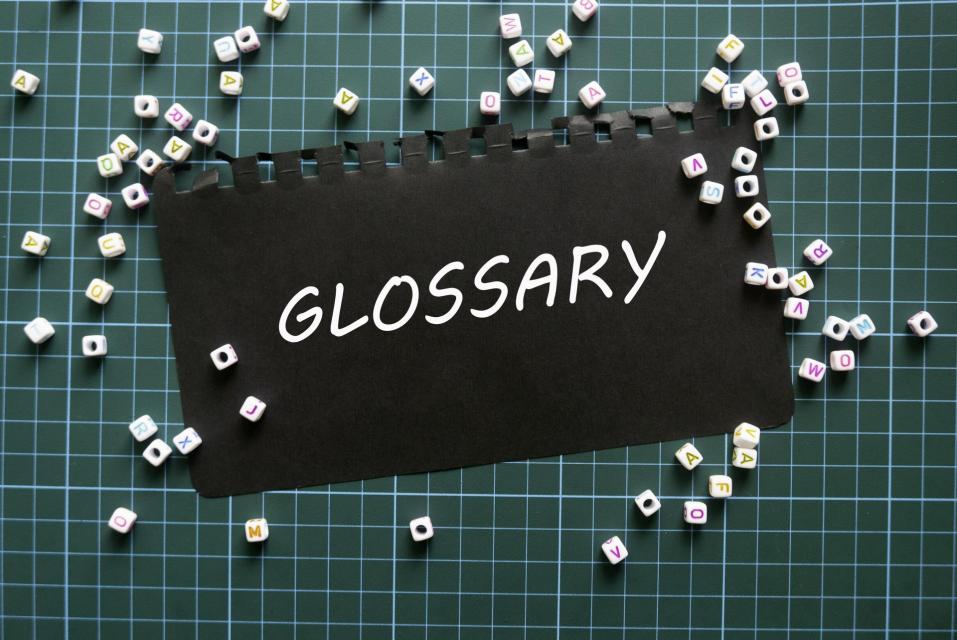 Use this glossary to find definitions, examples, and context for EMWD water, recycled and wastewater terms.

Acre Foot (AF)
Covers one acre to a depth of one foot (football field). An acre foot is 325,900 gallons which is enough to meet the needs of two average southern California households a year.

The Act
The Metropolitan Water District Act. State legislation signed into law by the governor on May 10, 1927, effective July 29, 1927. Metropolitan incorporated December 6, 1928.

Arsenic
A naturally occurring element in the environment. Arsenic in drinking water commonly comes from natural sources in the ground, but some can come from industrial pollution. At high concentrations it can cause cancer.

BMP
Best Management Practice . Methods that have been determined to be the most effective, practical means of preventing or reducing pollution.

Backflow
A reverse flow condition, created by a difference in water pressures.

Biosolids
The solids, or sludge. That remain after wastewater treatment. This material is separated from the cleaned water, treated and composted into fertilizer. Biosolids are often referred to as sludge.

Carcinogen
Any substance that can cause or aggravate cancer.

Chromium VI
One of the most common species of chromium, chromium VI can be carcinogenic and can constitute anywhere from 7 to 80% of the total chromium in drinking water.

Chlorination
The application of chlorine to water, sewage, or industrial wastes, generally to disinfect or to oxidize undesirable compounds.

Clean Water Act (CWA)
The primary federal law that protects our nation’s waters, including lakes, rivers, aquifers, and coastal areas. The CWA provides a comprehensive framework of standards, technical tools, and financial assistance to address the causes of pollution and improve water quality.

Conjunctive use
The planned use of groundwater in conjunction with surface water in overall management to optimize total water resources.

Conservation Factor
The Conservation Factor (CF) is based on a landscape’s water use efficiency. A landscape with an efficient irrigation system and more low-water using plants will have a lower CF and require less water to maintain.

Cubic foot
A frequent water industry term of measurement, as in cubic feet per second. One cubic foot (cf) equals 7.48 gallons. A cubic foot per second is 450 gallons per minute.

Ecosystem
Recognizable, relatively homogeneous units, including the organisms they contain, their environment and all the interactions among them.

Effluent
Wastewater–treated or untreated–that flows out of a treatment plant, sewer, or industrial outfall.

EIR
Environmental impact report; a study and report on the possible effects of a proposed project, and what can be done to avoid or mitigate them.

Fallowing
A program to generate water by paying farmers to fallow land, i.e., not grow crops. The water not used for irrigation is then transferred to urban areas or stored for future use.

Groundwater
The supply of fresh water found beneath the Earth’s surface, usually in aquifers, which supply wells and springs. Because groundwater is a major source of drinking water, there is growing concern over contamination from leaching agricultural or industrial pollutants or leaking underground storage tanks.

Groundwater basin
A groundwater reservoir defined by all the overlying land surface and the underlying aquifers that contain water stored in the reservoir. Boundaries of successively deeper aquifers may differ and make it difficult to define the limits of the basin.

Groundwater mining
The withdrawal of water from an aquifer in excess of recharge over a period of time. If continued, the underground supply would eventually be exhausted or the water table could drop below economically feasible pumping lifts.

Groundwater recharge
The action of increasing groundwater storage by natural conditions or by human activity.

Groundwater table
The upper surface of the zone of saturation (all pores of subsoil filled with water), except where the surface is formed by an impermeable body.

Influent
Water, wastewater, or other liquid flowing into a reservoir, basin, or treatment plant.

Interceptor Sewer
A sanitary sewer which collects flow from a number of trunk sewers and conveys wastewater to a treatment plant, lift station, or another interceptor sewer.

Lift Station
A facility within a sanitary sewer system which pumps sewage from a lower elevation to a higher elevation.

NPDES (National Pollutant Discharge Elimination System)
A federal permit authorized by the Clean Water Act which is required for discharge of pollutants to navigable waters of the United States which includes any discharge to surface waters - lakes, streams, rivers, bays, the ocean, wetlands, and storm sewer tributary to any surface water body.

Ozone
A gas that is bubbled through water during the treatment processes to kill bacteria.

Perchlorate
A chemical used in manufacturing rocket fuel that has contaminated some Southern California groundwater basins.

Percolation
The downward movement of water through the soil or alluvium to the groundwater table.

Quantification
Refers to Quantification Settlement Agreement, a proposed agreement among Metropolitan Water District, Coachella Valley Water District and Imperial Irrigation District to settle a variety of long-standing disputes regarding the priority, use and transfer of Colorado River water within California.

Recharge
Replenishing an aquifer with storm water or imported water.

Recycled Water
Wastewater that becomes suitable for a specific beneficial use as a result of treatment.

Salinity
The scaling or white deposits that accumulate on coffee pots, water heaters and plumbing fixtures resulting from dissolved mineral salts in the water.

Secondary Treatment
A wastewater treatment process used to convert dissolved or suspended materials into a form more readily separated from the water being treated.

Sludge
The settleable solids separated from liquids during processing or the deposits of foreign materials on the bottoms of streams or other bodies of water.

Watershed
The region or land area that contributes to the drainage or catchment area above a specific point on a stream or river.

Wetlands
An area that is saturated by surface or groundwater with vegetation adapted for life under those soil conditions, as swamps, bogs, fens, marshes, and estuaries.