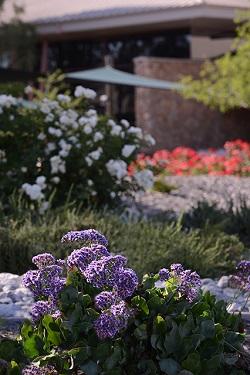 EMWD has saved water and reduced landscaping maintenance costs by retrofitting its landscaping, which included the creation of a demonstration garden. As part of EMWD’s efforts to maximize water supplies – including recycled water supplies – EMWD completed the third and final phase of its Landscaping Retrofit project with the completion of its demonstration garden in 2009.  The garden replaces 7 acres of traditional landscaping that included 6 acres of turf grass.

EMWD’s WaterWise demonstration garden is located at its headquarters at 2270 Trumble Road in Perris, California.

The garden is open to the public during EMWD business hours, with self-guided tour materials available in the Main Office.  In addition, guided tours may be scheduled by contacting EMWD’s Public and Governmental Affairs Department at 951.928.3777 ext. 3430.

All of the trees, plants, and hardscape materials were selected to provide year-round color and for compatibility with the existing soil type. The garden uses recycled water for all irrigation.

Retrofitting the existing landscaping has reduced maintenance costs and has significantly lowered water use.

The Landscaping Retrofit project began in 2005 with a goal to reduce water consumption by 75 percent. That goal was achieved after the first two phases were completed.

Want to help your local honeybee and native bee populations, while cutting back on water use at the same time? Plant a drought-tolerant garden with nectar- and pollen- rich plants!  Not only will it provide forage for pollinators, but the plants require less water than lawns, and produce beautiful, fragrant blooms. 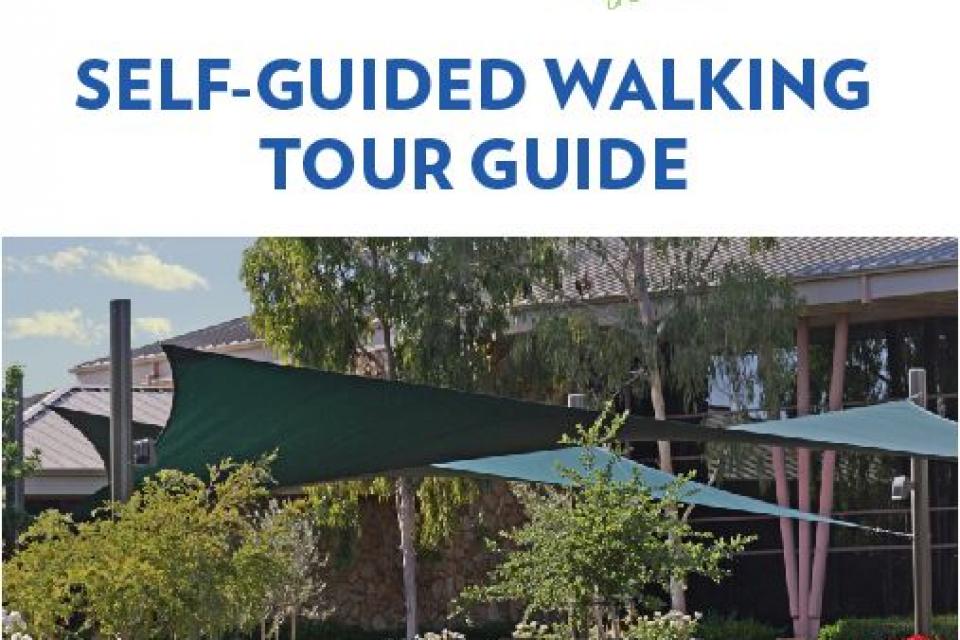 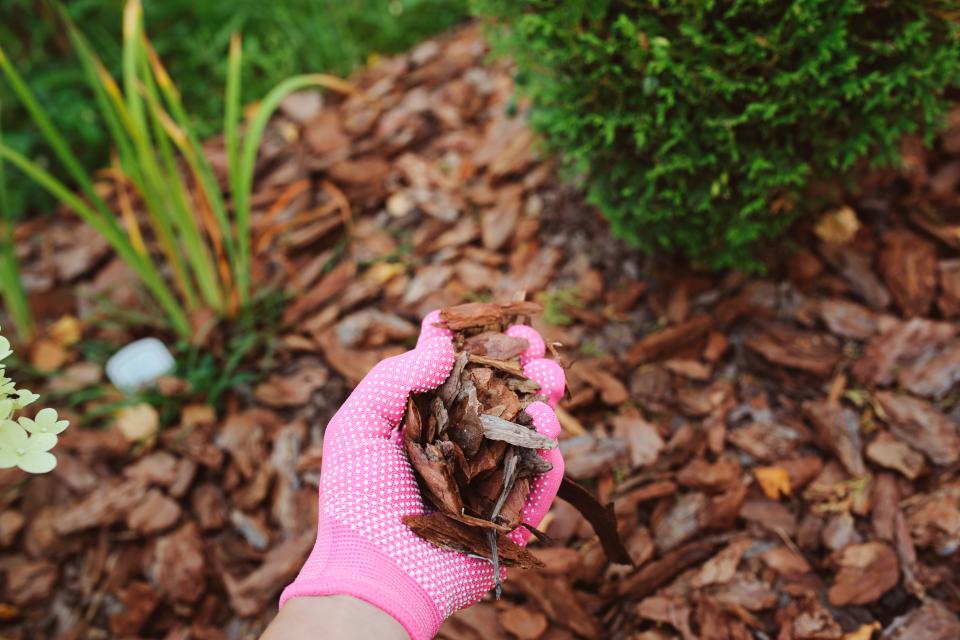 WaterWise Tips Simple ways to save water, and use it wisely.

Simple ways to save water, and use it wisely.