Board of directors adopts new division maps for EMWD

Following the second public hearing and review of the preferred division plan of district maps, the EMWD Board of Directors adopted new lines for the five (5) director division districts on February 16, 2022. 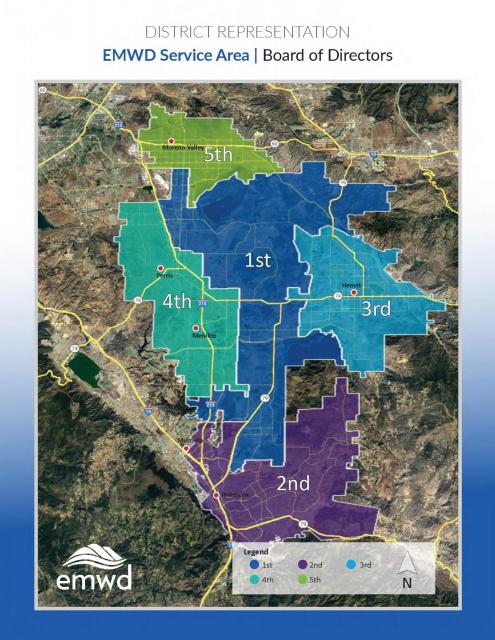 Board of Director Divisions Map

Under the provisions of the Municipal Water District Law of 1911, Eastern Municipal Water District (EMWD) is required to adjust the boundaries of its five Directors’ divisions such that each division will have as near to equal population as practicable once the results of the 2020 Census are released.  The requirement for this adjustment is outlined in Division 20, Part 4, Chapter 6 of the California Water Code, and Division 21, Chapter 8, Section 22000 of the California Elections Code.  This process will not impact the term of current directors.

Why does EMWD need to redistrict?

Every 10 years following the U.S. Census, California requires that boundaries for the board of director be redrawn so that each division is similarly equal in population. This process, called redistricting, is important in ensuring each elected board member represents about the same number of constituents. Redistricting determines what neighborhoods and communities are grouped into an EMWD division to elect their respective board members. Your input is important in creating a redistricting plan that provides fair and effective representation for everyone.

EMWD has initiated the process to realign its Board Director divisions in response to population data from the 2020 census.

As a government-authorized Special District, EMWD provides service to nearly 900,000 customers across a 558-square mile service area that stretches from Moreno Valley to Temecula, and from the San Jacinto Valley to the Mead Valley area. Each division should represent approximately 174,000 people.

Every 10 years, the board director division boundaries are adjusted to help ensure equal representation across the five divisions. EMWD’s service area population has grown by approximately 15 percent since the 2010 census, however not all divisions have grown proportionately.

Adjustments to division boundaries should help create divisions that are equal in population as far as practicable and may also factor in topography and geography; keeping communities of interest together; and cohesiveness, contiguity, integrity, and compactness of territory. EMWD staff have created three proposals that the Board will consider. All involve only minor adjustments to division boundaries.

Why should I get involved?

You know your community and neighborhood. Your voice is important to help us make informed decisions about where to draw district lines. Keeping communities of interest together in the same district can help achieve more responsive representation.

How can I get involved?

The second public hearing will be held February 16, 2022. The Public Notice is posted here.

The Board anticipates acting at the close of the second public hearing on February 16, 2022 to select a preferred director division plan for final adoption by the Board.

The presentation from the December 15, 2021, Public Meeting: 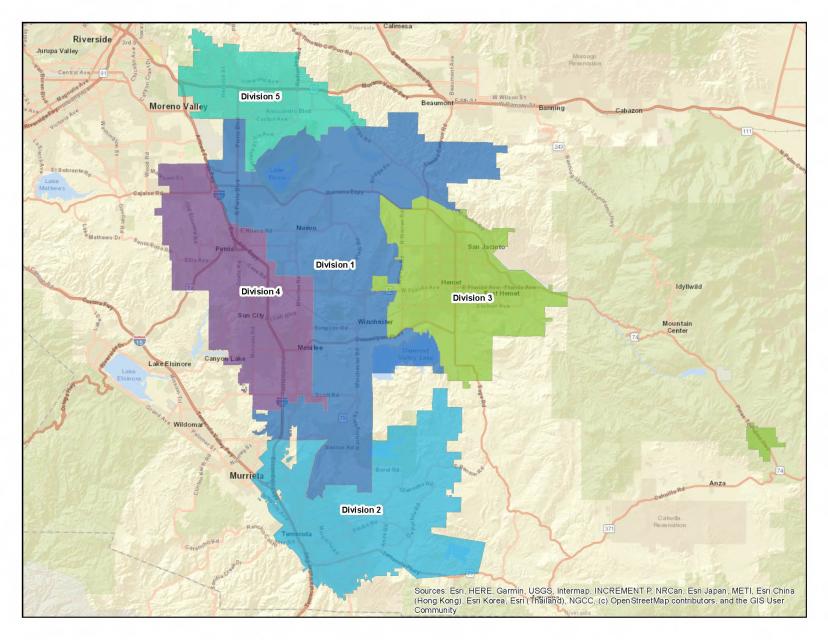