What Is An Aquifer? 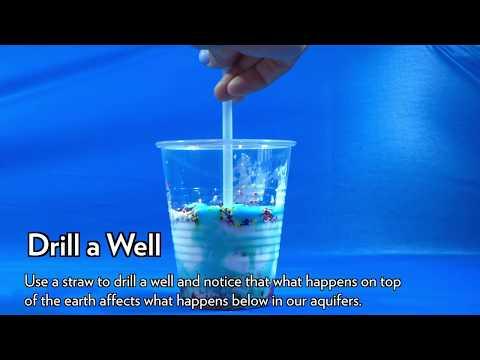 We often hear a lot about aquifers and our local water supplies, but what exactly does that mean?

An aquifer is a giant underground reservoir that holds groundwater. While we can’t build an aquifer, EMWD uses science and engineering to learn where our natural aquifers are at, and how we can keep them sustainable and healthy so they can help provide us with a safe and reliable local water supply for many years to come.

Aquifers are formed when water percolates into the ground and settles in an area of the earth’s layers that can hold water, such as porous stones or gravel.

Where are the aquifers in EMWD’s service area? 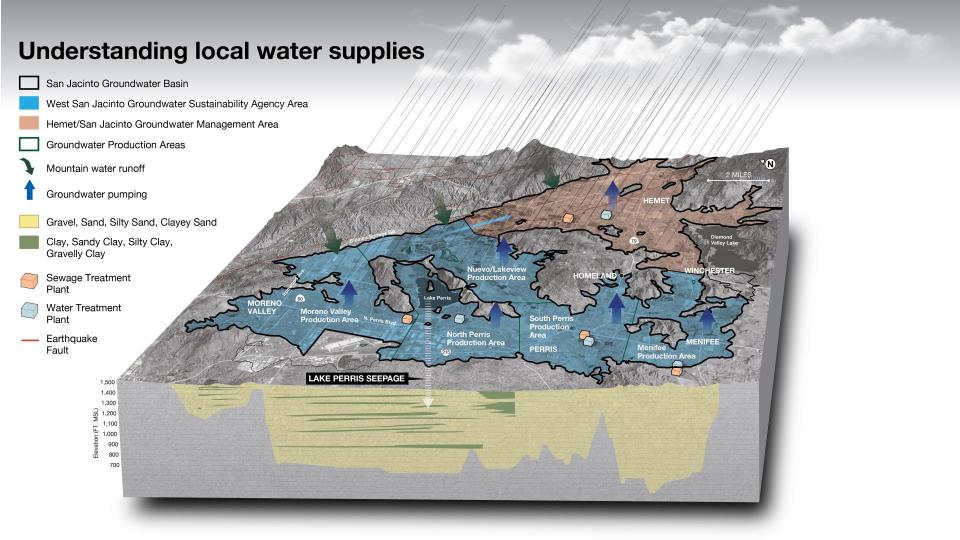 The aquifers in EMWD’s service area are underneath our feet! While water will naturally flow to certain areas underground based on the type of rocks and soil in a very specific area, EMWD is fortunate that most of the northern, central, and eastern portions of its service area are one giant underground storage system for groundwater often referred to a groundwater basin.

How do aquifers work?

Aquifers work by storing large amounts of water hundreds of feet beneath the earth’s surface. When water seeps into the earth’s soil – either through rainfall or in man-made ponds designed to help replenish the groundwater basin – it starts flowing through the natural porous layers of rocks, minerals, and other geologic layers underground.

Eventually, that water pools in areas underground, where it may sit for many years before being pumped out through groundwater wells.

EMWD has groundwater wells that are like giant straws that help suck up the groundwater and bring it to the surface, where it is cleaned and then delivered as a safe and reliable local water supply. In some areas, EMWD has wells that go as deep as 1,500 feet – that is the same height as the top of the needle of the Empire State Building in New York. In other areas, our wells may only need to go 500 feet underground.

How do we manage aquifers?

EMWD manages aquifers in a variety of ways, depending on where they are.

In Hemet and San Jacinto, our primary focus is on the volume of water in the aquifer. EMWD works with other agencies to limit how much water we all take from the aquifer, and we also coordinate with the Hemet-San Jacinto Watermaster to help replenish the groundwater basin so it is sustainable for years to come. EMWD also has individual programs to help replenish the groundwater basin. The more water we put back in, the more we are able to use the basin – which is like a giant underground reservoir.

In the Menifee and Perris areas, our primary focus is water quality. Because the basin is very salty, our desalination program helps removes salts from the groundwater basin, which will keep it sustainable for generations to come.

You can learn how to make your own aquifer at home through our educational video about an edible aquifer.