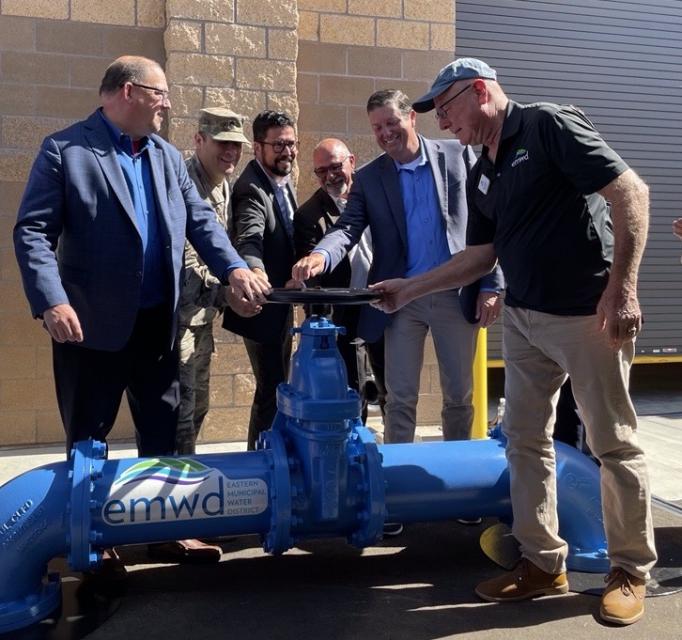 The Perris II Desalination Facility is EMWD’s third groundwater desalter and will provide enough water for more than 15,000 households each year through its reverse osmosis treatment process. The facility is located in Menifee, adjacent to the existing Menifee I and Perris I desalters.

“This is a historic day for EMWD and for the residents we serve,” EMWD Board President Phil Paule said. “As we continue to face water supply challenges throughout California, this facility will further ensure that our area is prepared to meet the needs of our customers through investments in local water supply sources.”

Portions of EMWD’s service area contain groundwater that is too high in salt levels to otherwise use. EMWD’s groundwater desalination program provides the ability to use that groundwater by treating it using reverse osmosis, which removes the salts from the water supply and then delivers a clean and safe water supply source at the end of the process.

The Perris II Desalter was funded in part by approximately $22.5 million in grant funding from the State Water Resources Control Board (State Board) through Proposition 1, the 2014 voter-approved water bond.

“This facility and other projects funded by Prop 1 — together with Governor Newsom’s historic, three year, $5.2 billion investment in California water systems enacted last year, and the billions in funding coming from the federal Bipartisan Infrastructure Law — provide us with a generational opportunity to transform our state’s water system to meet the 21st century challenges of a changing climate,” said Joaquin Esquivel, chair of the State Water Resources Control Board.

Additional funding and in-kind support was provided by the United States Army Corps of Engineers, which provided $10.8 million toward the construction of wells to support the new facility; the California Department of Water Resources; United States Bureau of Reclamation; Santa Ana Watershed Project Authority; and The Metropolitan Water District of Southern California.

EMWD has received more than $99 million in grant funding for its desalination program since 1992. That funding helped support the development of the treatment facilities, groundwater wells, pipelines, and other program efforts.

Following the treatment process and removal of salts from the groundwater, the brine concentrate is placed into the Inland Empire Brine Line, where it is ultimately discharged into the Pacific Ocean. 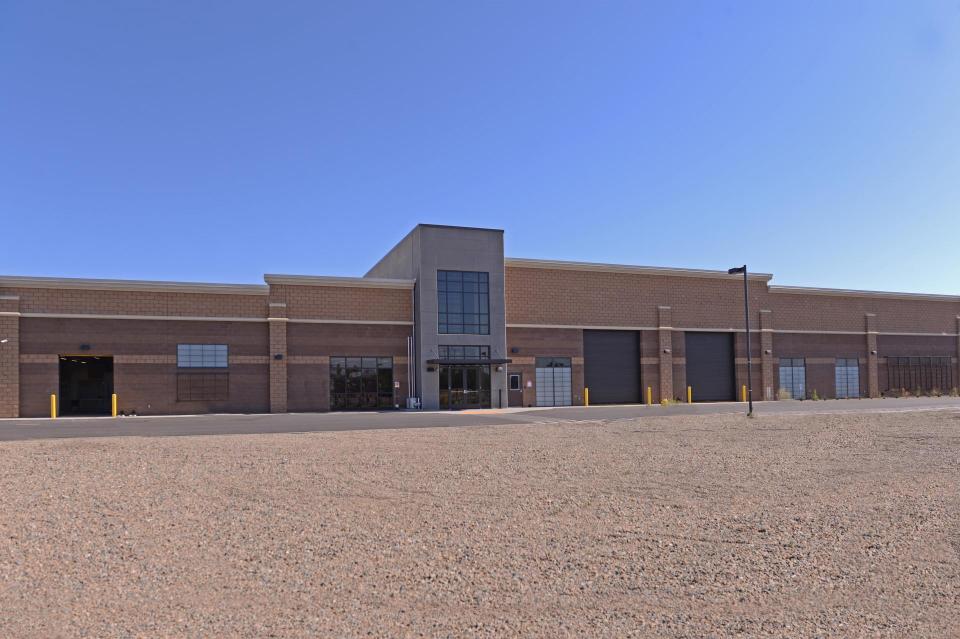 EMWD’s groundwater desalination program will remove approximately 65,000 tons of salt each year from the groundwater basin, helping to provide long-term improvements to water quality in the basin.

“As California is in the middle of a historic drought, this facility comes on at a perfect time to continue to maximize our local resources,” Paule said. “But just as important, it provides our region with the long-term benefits of a local and reliable water source that will benefit future generations.

“EMWD is incredibly appreciative of all our program partners who made this day a reality, including the funding agencies that supported this facility. We thank everyone who played a part in this facility that will help serve our communities today and for many years to come.”

Eastern Municipal Water District is the water, wastewater service and recycled water provider to nearly one million people living and working within a 558-square mile service area in western Riverside County. It is California’s sixth-largest retail water agency, and its mission is “To deliver value to our diverse customers and the communities we serve by providing safe, reliable, economical and environmentally sustainable water, wastewater and recycled water services.” More information can be found at www.emwd.org