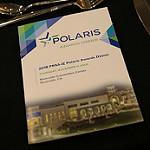 The awards were presented by the Public Relations Society of America’s Inland Empire Chapter, which consists of Riverside and San Bernardino Counties. The awards signify the highest standards of performance and celebrate outstanding public relations tactics and programs.

The awards were independently judged by the Tulsa, Oklahoma Chapter of the Public Relations Society of America. Categories were judged based on research, planning, implementation, and evaluation.

EMWD received five awards – including two for the highest rank in their respective categories. The award-winning programs were:

EMWD has previously been recognized for community outreach, including receiving the highest score in the nation for Customer Communications in a 2018 J.D. Power Award survey for large water agencies.

Eastern Municipal Water District is the water, wastewater service and recycled water provider to approximately 816,000 people living and working within a 555-square mile service area in western Riverside County. It is California’s sixth-largest retail water agency and its mission is “To deliver value to our customers and the communities we serve by providing safe, reliable, economical and environmentally sustainable water, wastewater and recycled water services.” More information can be found at www.emwd.org.