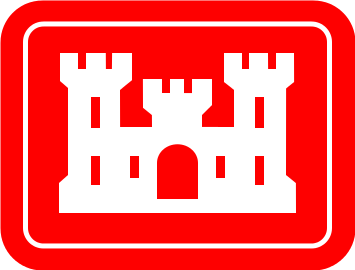 The funding from the Army Corps is part of its ongoing commitment to the South Perris Desalter Program, which will further expand EMWD’s groundwater desalination program through the construction of wells, pipelines and a new desalination facility.

EMWD currently operates two groundwater desalination facilities, and will be breaking ground in 2019 to further expand capacity. The groundwater desalination program makes use of a water supply that would not otherwise be usable because of high salt levels, provides additional local supplies for EMWD customers, and also protects groundwater quality by exporting more than 25,000 tons of salt each year from the basin.

“The Army Corps has been a fantastic partner with our desalination program and their financial commitment to water supply reliability has been a major factor in our water supply development programs,” EMWD President David Slawson said. “We are grateful for their continued support and the long-term partnership we have formed that has directly benefited our customers.”

The $2.78 million in funding will support the completion of Well 94 in Nuevo, a well siting evaluation for future groundwater wells, and provide more than $1.5 million to fund pipelines in Perris to convey extracted brackish groundwater to the treatment facilities.

EMWD’s South Perris Desalter will add an additional 5.4 million gallons capacity per day. At build-out, EMWD’s desalination program will provide enough water for 35,000 households annually and export 50,000 tons of salt each year from the basin.

“The Army Corps of Engineers is proud to partner with local agencies, including EMWD,” said Col. Kirk Gibbs, commander of the Los Angeles District. “Projects such as the South Perris Desalter help improve local water supply reliability and reduce dependence on imported water supplies. The experiences gained in designing and constructing public works projects such as this can be applied all over the country and around the world.”

Eastern Municipal Water District is the water, wastewater service and recycled water provider to approximately 816,000 people living and working within a 555-square mile service area in western Riverside County. It is California’s sixth-largest retail water agency and its mission is “To deliver value to our customers and the communities we serve by providing safe, reliable, economical and environmentally sustainable water, wastewater and recycled water services.” More information can be found at www.emwd.org.