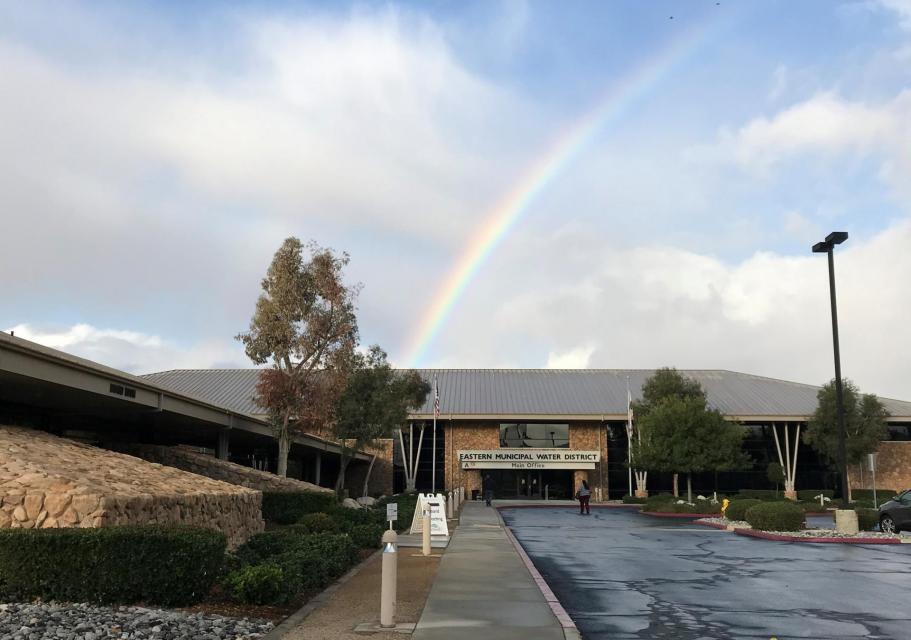 EMWD customers have embraced a culture of efficient water-use habits and have reduced per-capita use by approximately 41 percent in the past two decades. Those numbers have continued to get even better as California faces a historic drought that has reduced storage levels to record lows.

While the state has asked for a 15-percent voluntary reduction in water use, EMWD customers have been at the forefront of reducing water use. EMWD was an early adopter of an allocation-based rate structure, and its customers have embraced landscape transformation programs that have further reduced demand throughout the service area.

Per-capita water use is the best indicator of efficiency and conservation efforts because it accounts for individual water use habits of customers. Cumulative figures for water agencies can be deceptive because they fail to account for growth within a service area. EMWD serves one of Southern California’s fastest-growing regions, with its population increasing by 93 percent over the past 20 years.

“For nearly two decades, EMWD customers have been shining examples of adopting a culture of water use efficiency, and have continued to do so,” EMWD Board President Phil Paule said. “We appreciate their longtime commitment to using water responsibly and encourage them to keep up the great work.”

Eastern Municipal Water District is the water, wastewater and recycled water service provider to nearly one million people living and working within a 558-square mile service area in western Riverside County. It is California’s sixth-largest retail water agency, and its mission is “To deliver value to our diverse customers and the communities we serve by providing safe, reliable, economical and environmentally sustainable water, wastewater and recycled water services.”
More information can be found at www.emwd.org.